A Railway to Regenerate Levenmouth – Booklet 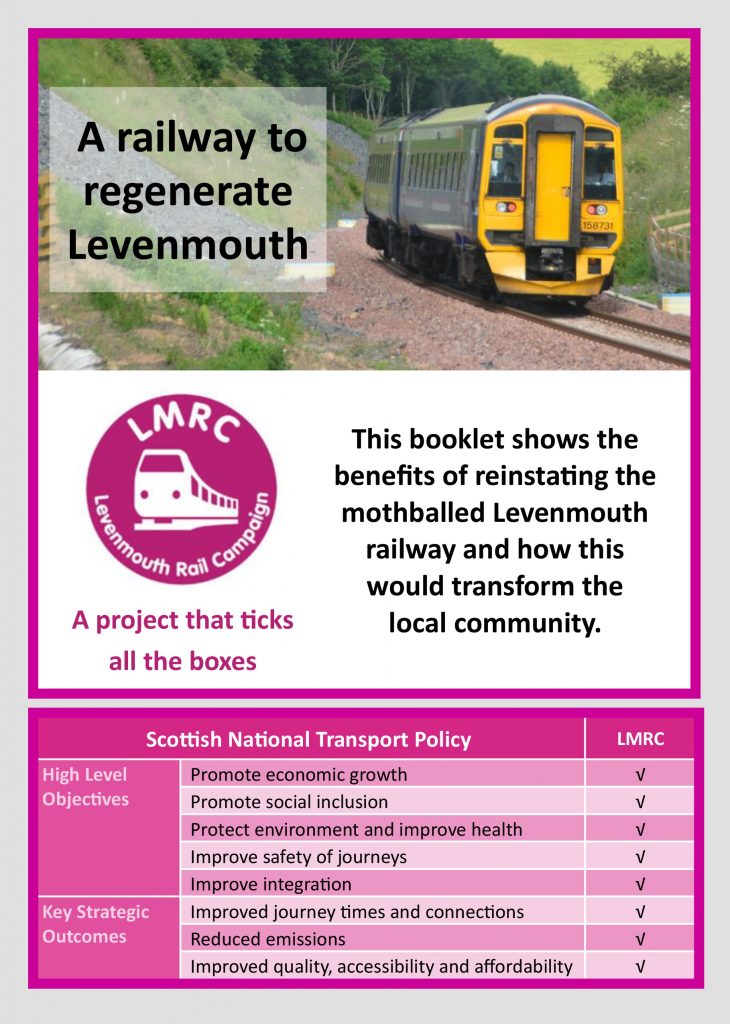 The definitive guide to the overwhelming case for reopening the Leven rail link, produced by rail experts

“It demonstrates that, in respect of connectivity, Levenmouth is one of the best value rail re-opening schemes in Britain, certainly the best in Scotland and that at 2017 prices, re-instating the Levenmouth line is likely o cost between £37 and $36 million. It also shows how the line could be part-funded with significant contribution from developers”….

“based on these costs, and taking wider economic, environmental and social benefits into account, the booklet shows tht the reinstated line’s payback would be around twice the cost of its provision.2

Humza Yousaf Transport Minister 27 September Scottish Parliament   “That point is also made very well in the recent booklet that was produced by the Levenmouth rail link campaign, which I read yesterday and again this afternoon before coming to the debate. That latest booklet is a really helpful contribution and, if members have not seen it, they should look at it. It illustrates how improved connectivity can make a real difference to the lives and opportunities of people in Levenmouth” 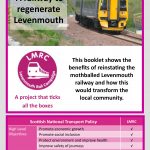