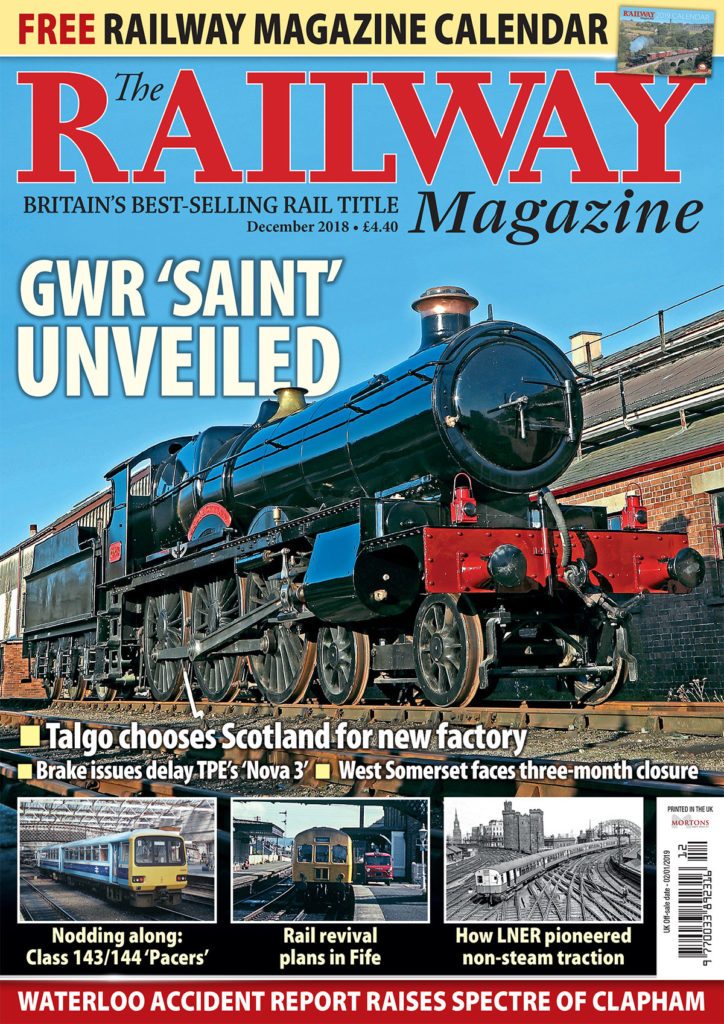 In the December issue of The Railway Magazine Graeme Pickering looks at two reopening proposals in Scotland which could again connect the conurbation of LevenMouth, the university town of St Andrews and the national network, as well as another long-term scheme to link the newly electrified line at Alloa with Dunfermline.

The Central Lowlands are the most heavily populated region of Scotland, but in some communities beyond the urban sprawl of Edinburgh in the east and Glasgow in the west, there is a sense of disconnection, especially when it comes to rail services – or rather the lack of them.

From the town of Leven, on the north side of the Firth of Forth, the well-known Edinburgh landmark of Arthur’s Seat looks almost within touching distance.

The [rail-link] infrastructure was retained for coal trains which served the now-demolished Methil Power station until 2001. A short length of line from Thornton North Junction saw two trains a week serving a coal terminal at nearby Earlseat from 2012-15.

This too is now disused, but Network Rail says the line’s current status of ‘short-term network changed out of use’ means it could be reinstated to take single freight train workings with 12 months’ notice. And the fact Network Rail remains responsible for the line is also seen as a major advantage in the push to restore passenger services.